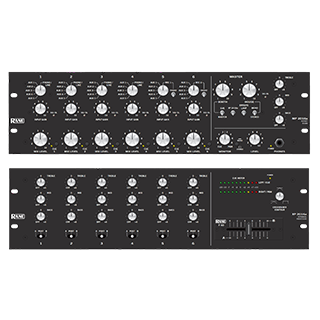 Coupled with the release of the MP 2016 mixer, Rane offered the optional XP 2016 External Processor. The XP 2016 was a brilliant addition to the rotary mixer world giving DJs, with the flip of a switch on the MP 2016 front panel, 3-band, isolator tone controls for each channel, A-Post-B Crossfader assign switches for all six channels, a high-performance Active Crossfader™ with full range Contour control, and a stereo 10-segment peak dBu Master/Cue Meter.

More info about the Rane MP/XP2016a and the difference with the 2016s can be found here.